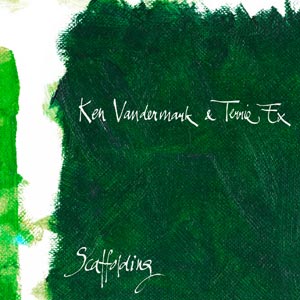 Ken Vandermark (US) and Terrie Hessels (NL) have been playing together for years. For example, the Chicago reed player has been a guest with The Ex almost 100 times and the two are also part of Lean Left, an explosive improvising quartet with Andy Moor and Paal Nilssen-Love. It took them until 2014 before they went on stage for the first time as a duo. A dozen concerts followed on various international stages and now they present their first duo album, Scaffolding.

“...Terrie was already bouncing towards Vandermark with a drumstick and too much energy that he needed to get rid of urgently. It was only a matter of seconds before the two gave their all, in that strange combination of seemingly incompatible tactics that somehow fit together. The rhythmic accents of Vandermark were razor-sharp and turbulent, and were executed with the same crackling energy that Hessels treated the strings with. The interaction was jumpy, constantly on the move, with a strong dash of humour (especially by an unleashed Hessels, who treated his guitar and the stage with a hammer!), but also an instinctive one; interaction that, despite enormous freedom, also led to a set that was as short as it was consistent.” Guy Peters, September 2018 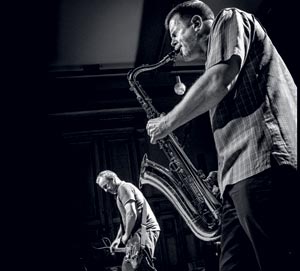 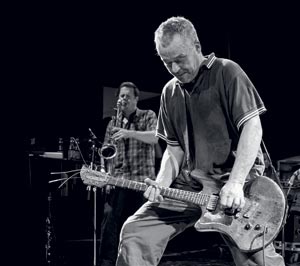 All music by Ken Vandermark and Terrie Hessels.

Artwork and design by Emma Fischer.