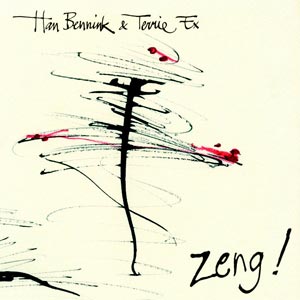 Zeng! is the second duo-CD of drummer Han Bennink and guitar-player Terrie Ex. It contains nine improvisations, recorded at the Jottem Studio in Wormerveer, Holland. The pieces are wild and sweet, manic and relaxed, sonic and swinging, obnoxious and together. A story between two friends who don't make it too easy for each other!

One of the world's most renowned free improvisation drummers, Han Bennink just turned 65, made hundreds of CDs and played about 6,000 concerts all over the planet. In his twenties he was already famous and accompanied touring American jazz stars, including Sonny Rollins, Ben Webster, Wes Montgomery, Johnny Griffin, Eric Dolphy, and Dexter Gordon. At the same time, Bennink participated in the creation of the unique European free-improvised music. He co-founded the infamous, still going, musicians collective Instant Composers Pool in 1967. A conspicuous feature of Bennink's musical life since the 1960s are the spontaneous duo-concerts and recordings with musicians of many nationalities and musical inclinations. 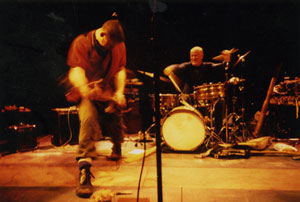 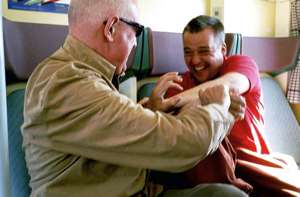