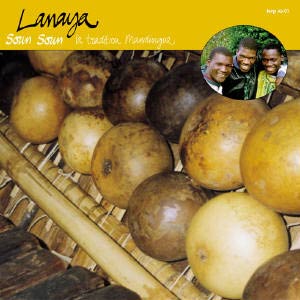 Lanaya is an instrumental trio from Bamako, Mali. They play music rooted in a centuries old tradition, in which the stories and sagas of Mali are musically preserved. The musicians are part of a professional caste, the griots or jalis. From generation to generation the knowledge is passed on; they are the keepers of the culture.

All three Lanaya musicians are from one of the biggest and wellknown griot families, the Diabates. Djibril, the kora player (the 21-string harp-lute) is the nephew of the renowned Toumani Diabate, also his teacher. Fassery, on the balaphone, is the son of Keletigui Diabate, a key figure in the Malien music scene. Keletigui played with many African and western musicians, including Duke Ellington. Mohamadou Kamissoko is from a family of Ngoni players. The Ngoni is a small African guitar. His mother is Massara Diabate, a singer.

All in their early twenties, Lanaya is the new generation. Within their own culture, this is traditional music still in full development. Each generation adds their own specific style, interpretation and arrangements. What stands out with Lanaya are their long, narrative improvisations and incredible virtuoso playing.

The Ex met Djibril through Dutch master drummer Han Bennink, who played in Mali with, among others, Toumani. They invited Djibril for a tour in October '97. It was so amazing that in November '98 The Ex asked the whole group to come over, and it seemed like a good idea to release their first CD for that occasion. 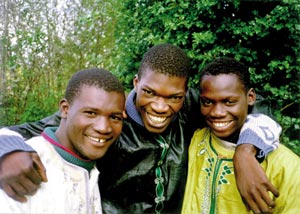 Recorded and mixed on the 25th of August 1998 at the Koeienverhuur Studio in Purmerland, Holland by Colin and Zlaya.